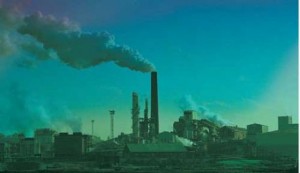 With less than a decade to go until the 2020 renewable energy targets are supposed to be reached, experts are warning that the United Kingdom will most likely fall short of its goals. A study compiled by the European Renewable Energy Council (EREC) and released in June 2013 has reported that the UK is expected to fail to reach its renewable energy goals. These targets are reasonable, but they will most likely not be reached, given current energy consumption patterns.

According to the outgoing executive of the Renewable Energy Association, Gaynor Hartnell, the current government has overly complicated its renewable energy policies, leading to the failure to keep on track with European targets. Out of the rest of the participating European countries, only Malta and Luxembourg have poorer figures. In addition, the actual numbers seem to be in dispute. The Department of Energy and Climate change insists that the official statistic for 2012 – the 4.1% described above – is correct, while on average, the UK only achieved 3.93% in 2011 and 2012.

There could be a number of reasons for these lowered expectations where renewable energy is concerned. With the debate on fracking reaching a fever pitch, it might seem that the current government is trying to meet energy demands in as many ways as possible, and that will include more traditional energy sources as opposed to renewable ones. However, there is some encouraging news that accompanies the dismal outlook of the EREC report. According to the UK Renewable Energy Roadmap, growth in the electricity and heat sectors will provide enough incentive to suppliers to reach the 2020 target. Provided that the economy continues to recover, however slowly, there is a chance that the UK will reach the fifteen percent target by 2020.

However, barring a new and more intense effort to use renewable energy, it seems that the UK is set to fail at its own goals in the year 2020. With the government struggling to meet energy demands during a delicate economic situation, traditional and reliable sources of energy, such as coal, oil, and gas, seem far more popular and reassuring. In addition, the rapid cycling of energy ministers in the government contributes to the problem by not creating a strong, uniform outlook and policy concerning renewable energy.

Perhaps the best possible way for the UK to get back on track and work towards their set target is to focus on the economic benefits of renewable energy. According to Hartnell, emphasising the job opportunities in renewable energy will be a far better incentive than the rehashed arguments on climate change. If the UK can make renewable energy economically attractive, then there may be hope for its renewable energy goals.