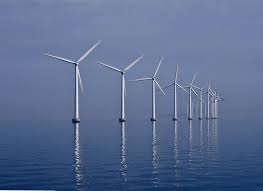 Due to the continuing effects of anthropogenic climate change, alternative energy resources have become increasingly more critical. Wind power has rightfully earned its place at the forefront of the collective discussion. One of the most important questions concerning wind power is its long term ability to effect change in the way we use energy. Equally important is whether economically that investment will pay off.

When discussing renewable’s and especially wind energy, there is an increasingly large amount of information and debate surrounding the topic. This can become incredibly confusing for those attempting to gain clarity about the realities of wind power. Overall, the United Kingdom is considered to be on the forefront of cost effectiveness when it comes to wind power, but how much does it actually cost to build a wind-farm? How long does it take for that investment to pay itself off? These are questions to which the answers are still somewhat disputed, and for good reason.

Currently in the United Kingdom, nearly 5,000 wind turbines exist creating the capacity for over 10 gigawatt’s of power. There has been a sizeable contention throughout Great Britain concerning this growth in wind farms and the extent of positive impact they are economically creating nationally. Being the current leader in wind generated power worldwide, the UK has become an example to turn to for the provisional world-wide entrance into green energy sources.

When looking at the overall investment and payback of a wind farm, one must first understand the costs involved in building and maintaining one. Things like initial construction are an immediate consideration, however maintenance, including the transportation of parts, site operation, and the decommissioning of the site must have equal attention. In the case of Wind farms, the evidence overwhelmingly suggests that the costs are worth the results: the average wind farm can be expected to generate 20-25 times the energy required to manufacture and maintain it over it’s lifetime. This comparably favours wind energy to other sources–coal returns about 8 times its investment, and nuclear energy about 9 times. Studies show that over time, wind power is clearly a better option.

A solid conclusion on when the investment into a wind farm will return itself is a moderately difficult one to make. Wind power always involves the variable of wind itself. The amount of electricity produced by a wind turbine can fluctuate wildly over the course of years dependent upon air density, wind speeds, and the characteristics of the turbine construction itself, among many other factors. In addition these basic variables, human involvement must be given equal consideration. There are factors associated that are reliant on the growth of the industry. The costs connected could increase or plummet depending upon how much is invested into wind energy over time.

Reports describing how long it takes a wind farm to pay itself off can vary by incredible amounts. Some claims say as little as 6-8 months, while other estimates go all the way up to 10 or 12 years. Many of the previously discussed factors play a large part in the reasons for such a wide fluctuation. The most widely agreed upon number by researchers is around 8 years, including the decommissioning of the farm, if necessary.

Regardless of which type of energy is chosen to generate electricity, some amount of energy and capital will be needed for the construction and operation. The crucial aspect from an economic perspective is how the costs involved will compare with the output of the Wind Farm over it’s lifetime. If the input and output numbers become too close together, the investment will not be viable. In the case of Wind Farms, these requirements seem to be more than met.

“Common Concerns about Wind Power” -The Centre for Sustainable Energy