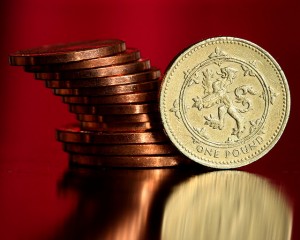 The living wage is an informal benchmark calculated according to the basic cost of living in the UK. The idea is that it sets minimum pay rates needed for employees to live comfortably, but unlike the minimum wage, employers can choose to use it or not.

At the moment only 277 companies use the wage as a benchmark – among them Aviva, Deloitte, and most recently, SSE, which is one of the UK’s biggest living wage employers. But among an estimated 4.8 million businesses in the country, there is a significant portion of employees who earn less than the Living Wage (according to accountancy firm KPMG, nearly 5 million people!).

Who calculates the living wage?

An “acceptable standard of living” might seem like a subjective term, but there’s actually a programme that calculates it every year. Items that are included are decided by members of public, and things like wages and living expenses are taken into account. A separate living wage for London is calculated by the Greater London Authority (GLA).

The concept was launched by London Citizens more than a decade ago when parents realised that despite working two or more minimum wage jobs, they were unable to spend time with or provide for their families or communities. It’s described as a “practical, non-statutory means to address working poverty and strengthen families.” It is reported to have won over £70 million worth of living wages, lifting 10,000 families out of working poverty.

Why is the living wage important?

As you can see from the table above, the minimum wage is £1.26 less per hour than the living wage, and campaigners have found it difficult to close this gap. The subject hit news headlines again recently when SSE became a living wage employer and 20,000 employees both in London and countrywide were guaranteed the living wage.

According to the Living Wage Foundation, it provides benefits across the board, on an individual basis and to society as a whole. Employees who are able to provide for themselves and their families tend to deliver a higher quality of work and on a macro level it’s thought to combat some of the complex causes of poverty.

It’s still not enough, though, say campaigners, and more could be done within the public sector and national and local government to extend and incentivise living wage coverage. Supporters argue that if basic pay levels were higher on average, the state would save on benefits such as tax credits.

2 thoughts on “Does your company pay the living wage?”