Being a generally frugal person, I am always on the lookout of ways to save money wherever I can, without you know, living under a bridge or something. So, while thinking of this bridge, and then subsequently of how much I love my house, I decided to think of the ways that I save money around the home and what I could do to save even more.

Raise your hand if you’ve ever cleaned your house and found a plethora of small change on the floor, between couch cushions, under cats etc? If you didn’t raise your hand there then I am going to assume that you have no hands. Coppers and five pences are everywhere, and they often get neglected, sometimes even (something that I was guilty of) being thrown out during the aforementioned cleaning. After the realisation that I was literally chucking away money, I started to keep all the small change I had or found in a big jar in my bedroom. It became habit for me just to throw in the coins as I came across them. It didn’t make me a millionaire, but it gives me an extra few quid every so often. You can cash in your coins at your local supermarket, either if they have a Coinstar machine or something similar, or ask the supermarket themselves to cash it for you. Chances are they’ll appreciate the small change. 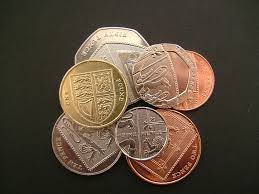 Take a moment to think about everything in your house that is plugged into a socket. More than you thought, isn’t it? The average household has 40 products plugged in and drawing power at all times. Of course, there are appliances that you shouldn’t unplug such as your freezer, but the majority of them can be unplugged, and they really should be if you’re looking to save money. This table, taken from Sustainable Girton, shows us exactly what is being used by these idle appliances.

Okay, you might not use all of the listed appliances (I don’t think anyone has used an answering machine since 1997) but all the main ones are there, and I’d bet that the majority of people are culpable of leaving items such as these plugged in when they aren’t being used. It’s not until you see the cold, hard numbers describing exactly what is being wasted electricity wise in the average home that you feel you should make a change.

Well, at least in the way of standing up to your utility suppliers. You can still be afraid of rogue, mutant lions and such.  A lot of people are often overcharged on their household bills. Recent studies from uSwitch claim that up to 70% of people have been overcharged for a utility bill and 33% have had it happen to them more than once. With this happening, a lot of people might just shrug it off or not want to ‘bother them’ or can’t be bothered dealing with it themselves. The last one in particular is an attitude I’ve had in the past regarding these things, but it is not a good attitude to have. The money is always better in your pocket, no matter the hassle. Always.

Another way to save money with regards to bills is to ditch the loyalty factor. A lot of people stay with their current suppliers solely because ‘they’ve been with them for years’ or that ‘they’ve been good to us’. Again, please don’t adopt this attitude. Your gas company really don’t care that much about you, all they care about is your money, and there is a very good chance that another company will be able to provide the same service for a lesser fee. You just need to look for it. The aforementioned uSwitch can help with such a task. 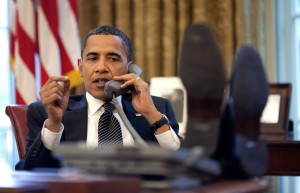 He isn’t afraid, why should you be?

4. Wrap Up Your House Properly

No, not like a present, I’m talking insulation here. Back to high school chemistry here, heat tends to move into cold space, and if your house isn’t properly insulated, then there is going to be a lot of cold space. If the heat is going to the cold space, then isn’t going to be heating you up, this leads to the heating being on longer, which leads to a higher heating bill. If you don’t believe me, you can refer to this “interesting” article (you’d be better off just believing me, honestly.) You might be thinking “Wait, isn’t insulation expensive? I thought we were trying to save money here damnit!” Well, you’d technically be correct, this is a process that will cost you money in the first place, but it will genuinely save you money in the long run. You know what they say; You gotta’ spend money to make money. Or save money. You know what I mean.

It can make such a difference

5. Check That Your House Itself Isn’t Costing You Money

While the ways we’ve already discussed such as your bills or the insulation, can arguably be considered your home costing you money, it can be prudent to stop and think that if your home itself isn’t costing you money. Mortgages can be a tricky thing. There have been good times to get one, and there have been bad times to get one, I don’t know when you got yours. Or if you even have one. I don’t even know who you are! What I do know from my time working for a bank is that banks always want your money. Always! And, much like a balance transfer on a credit card, many of them offer remortgaging offers. Obviously you are not going to get a 0% interest remortgaging deal, but it can be a good way to save yourself a lot of money. While there will most likely be a transaction fee, usually around £500-£1000 depending on your mortgage, it is another example of saving money in the long run. And this time it is big money. Generally you will be offered a much lower interest rate for the first couple of years, and then an increased, but still lower than your current rate afterwards. There are online mortgage calculators (like this one from my bank) that can give you a quick estimate of such offers, or even better, pop into some local branches of banks that you are not currently with and ask them about their remortgaging offers. 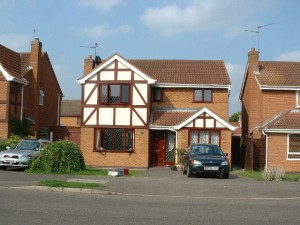 It could be costing you more than it should

Know any other ways of saving money around the house? Let us know in the comments!